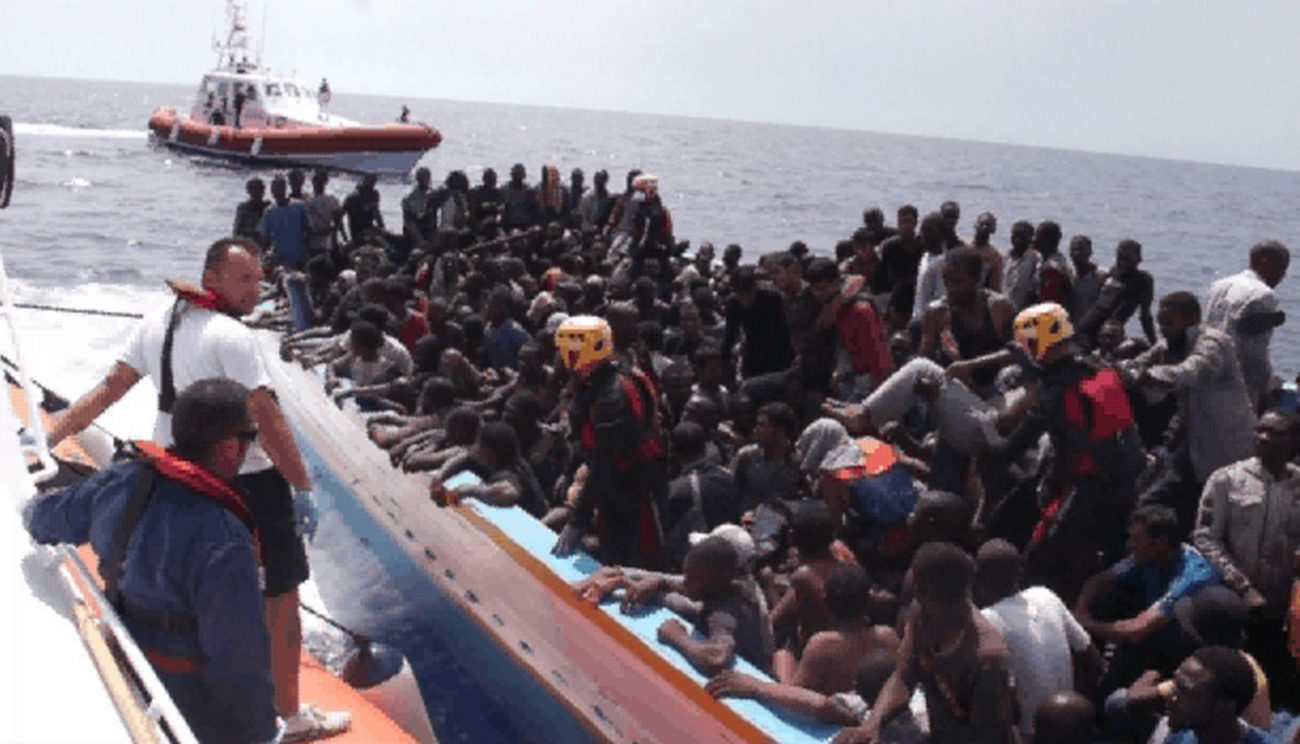 epa02856153 A video grab provided by the Italian Coast Guard released on 05 August 2011 shows the moment around 300 sub-Saharan migrants were rescued after they were found on a barge 166 kilometres from of Lampedusa on 04 August 2011. Italian coast guard officials said on 05 August they had failed to find any trace of dozens of migrants who allegedly died when their refugee boat became stranded in Libyan territorial waters. The search began after Italian authorities rescued a group of around 300 migrants late on 04 August some 90 nautical miles (166 kilometres) from the southern island of Lampedusa. The body of a man was also found on board the boat. Some of the migrants, many of whom were suffering from dehydration, said that around 100 of their fellow passengers, including several children, died during the journey and that their bodies had been thrown into the sea. EPA/ITALIAN COAST GUARD/HANDOUT BEST QUALITY AVAILABLE HANDOUT EDITORIAL USE ONLY/NO SALES

0 thoughts on “Rescued refugees from Libya”