Looking for a home? One Sicilian town is making an offer that is hard to refuse: It is giving away houses.

There is a catch, naturally. The properties in Gangi, a picturesque central town that straddles the Madonie Mountains, are generally dilapidated, some abandoned generations ago.

The structures give new meaning to the term “fixer-upper,” and anyone who acquires one of the properties has just four years to restore it and make it livable.

But the offer has already lured dozens of holiday home hunters from around the world, and Gangi’s novel approach to revival has brought fresh opportunities to local builders and tradesmen while energizing tourism.

“For our Sicilian mentality, Gangi was considered to be too far from the sea” to be attractive for tourism, said Giuseppe Ferrarello, the mayor of the town, which lies on a windy, stomach-rattling road between Palermo and Catania.

The housing initiative, he said, instead “set in motion a mechanism that was previously unthinkable for a city in the center of Sicily,” where towns have shrunk in tandem with the region’s dwindling economic prospects.

Periodic waves of emigration from Gangi began at the end of the 19th century, driven less by economic hardship, which “was endemic to the Madonie Mountains,” than by agents for trans-Atlantic ocean liners selling the prospects of a better life in America, said Marcello Saija, the director of a network of emigration museums in Sicily.

In the 1890s, a town near Gangi had no fewer than three agents representing various shipping companies “pushing for emigration,” Mr. Saija said. “Not that the economic situation was florid, on the contrary. But what determined their departure was the lure of the American dream.”

Ellis Island records show that about 1,700 Gangi residents landed in New York between 1892 and 1924, he said. Starting in the 1930s and 1940s, Argentina became the preferred destination.

Many family homes left behind were the so-called pagglialore typical of this town. The squat, tower-like structures housed donkeys on the ground floor with the paglia, or straw. Chickens and goats were kept on the middle floor. The farmer’s family lived on top.

These structures are now among those that the city has made available, with the local government acting as real estate broker of sorts, facilitating the convergence of the town’s considerable supply of abandoned dwellings and the growing demand. Some have been given away, others sold for a nominal price. The owners decide.

The community has gone one crucial step further, radically streamlining the intricate and often convoluted bureaucracy that accompanies buying and renovating a home in Italy.

“The bureaucracy is what worries people most, but we don’t sell a house and leave people alone,” said Alessandro Cilibrasi, a local real estate agent who assists the municipality in the initiative.

A website for British investors, shelteroffshore.com, advises would-be buyers to get advice from English-speaking or non-Italian lawyers well versed in Sicilian legislation; if property has been handed down through generations, “the path of ownership is not clear,” and there may be outstanding taxes, or debts and loans.

Building and renovation costs can be high. “Sicily is not for everyone,” the website warns.

Yet so far, Gangi’s answer to depopulation has been more successful than recent plans of other places. More than 100 houses have been given away or sold for less than market prices.

A few years ago, the Sicilian town of Salemi announced to great fanfare that it would sell buildings destroyed in a 1968 earthquake for one euro each. But it never followed through, said the current mayor, Domenico Venuti, who wants to revive the project. “But we don’t want to make any official announcements until we have something to offer,” he added.

Carrega Ligure, a town in the Piedmont region that saw its population shrink by two-thirds to 900 during the last century, also tried to cede abandoned buildings to repopulate itself, “and also raise some money through taxes,” said a former mayor, Guido Gozzano.

But those efforts were stymied by “enormous bureaucratic problems,” he said, noting that once a municipal administration gained possession of a building, by law it could be sold only at competitive market values. The initiative quickly sank.

Gangi has sidestepped that by not buying any of the homes outright, acting only as a mediator between owners and buyers.

About half of the new owners in Gangi are Sicilians looking for weekend homes, like Michele Di Marco, a Palermo entrepreneur who was attracted by the town’s relaxed rhythms that hark back to a less frenetic time.

“I am a lover of these towns that personify what was best about Sicily in days gone by,” he said. Financial incentives offered by the regional and national governments helped to cover the costs, he said.

The remaining new homeowners are primarily Italian, though there are also buyers from several European countries, and one from Abu Dhabi, United Arab Emirates.

There is a sizable waiting list for the remaining 200 houses, which means City Hall can be choosier about its residents.

“We don’t want people just because they have money,” Mr. Ferrarello, the mayor said. “We want to know what you’re going to do with the houses.”

Priority is given to those who want to start an economic enterprise, he said, citing Wendhers S.R.L., a Florence-based firm that received two free houses and bought another seven to create a 22-suite hotel in the historic center.

Mr. Ferrarello likes to boast that it is enough to exploit the natural and cultural beauties that the town has to offer to attract people to Gangi. “Umbria has nothing on Sicily,” he said.

But mostly, the housing initiative is about thinking ahead.

“We did this for our children, because we love our territory,” he said. “And we want our children to stay here and not leave.”

END_OF_DOCUMENT_TOKEN_TO_BE_REPLACED 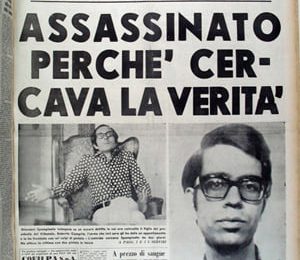