An Italian castle dating from the 13th century has been sequestered by the state after the local authorities were accused of letting it crumble into ruin.

The castle, which guards the port town of Augusta in Sicily, was built in the 1240s by the Holy Roman Emperor Frederick II, who came from the kingdom of Swabia in what is now southern Germany.

Despite its potential for attracting tourists, the imposing fort has fallen into disrepair in recent years.

A heritage organisation, Italia Nostra (Our Italy), made a formal complaint to prosecutors, saying that the damage done to the castle “was due to the absence of maintenance and the abandonment of the monument by the regional government of Sicily.”

Prosecutors have accused Rosario Crocetta, the president of the regional government, Raffaele Lombardo, a former governor of Sicily, and four other officials of “neglect of their public duties”, and “causing damage to cultural heritage”.

In a statement, prosecutors Francesco Paolo Giordano and Marco Di Mauro said that the lack of maintenance of the historic site had “created a grave risk to public safety.”

They said they had decided to close the castle to public access “with regard to the personal safety of tourists, given that there could be collapses at any moment.”

The accused have denied any wrongdoing, with Mr Crocetta insisting he was “extraneous” to the whole matter.

But opposition politicians in Sicily said the sorry state of the castle was emblematic of the regional administration’s casual attitude towards the island’s historical riches.

“The investigation may confirm what we have always said – that Crocetta is always in the wrong, not just for what he does, but also for what he doesn’t do,” a group of MPs from the opposition Five Star Movement said in a statement.

“The inertia of the cultural heritage sector is obvious to everybody, and not just in Augusta.”

Frederick II built the castle in order to defend the port of Augusta, which occupies a strategic position on the east coast of Sicily, between Catania and Syracuse.

During the Second World War, it was captured from German and Italian forces by the British Eighth Army.

It may be home to a treasure trove of Roman villas, Greek temples and Norman castles, but Sicily has been accused of mismanaging its many assets through indifference and neglect.

In December a prominent Italian novelist and musician touched off a lively debate after he described Sicily as an isola di merda” or “sh*t island.”

Roberto Vecchioni, an award-winning singer-songwriter and author, said that while he loved the island, he was dismayed to find parts of it spoilt by the dumping of rubbish, illegal development and double- or even triple-parking in its towns.

He later apologised for using vulgar language but insisted that he stood by everything else he said, criticising “the decay, the incivility, the abandonment, the illegal construction and the disfigurement of the island.” 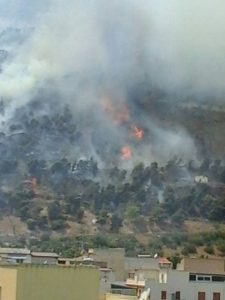 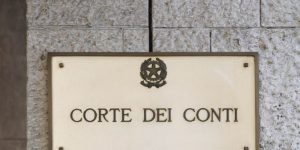