Telecom Italia (TIM) has announced that it has already completed 40 percent of the planned 142 deployments to bring fibre-optic technology to the island of Sicily. In a presentation on the state of progress of the “Strategic Ultrabroadband Project” for Sicily, the operator said it had already completed coverage in the towns of Aci Castello, Belmonte Mezzagno, Cinisi, Floridia, Grammichele and Terrasini and was on target to bring 100 Mbps fibre to over 2 million Sicilians by January 2017.

Under the terms of the contract signed with the Ministry for Economic Development last year, Telecom Italia will invest EUR 33 million of its own funds and the government EUR 73 million of regional funds to roll out over 5,000 km of fibre-optic cables. In Italy as a whole, the operator recently confirmed plans to allocate EUR 3.6 billion to rolling out fibre-optic cables to reach 84 percent of the Italian population by 2018. 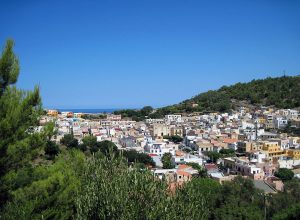