Italy would consider allowing the United States to use the Sigonella air base in Sicily for strikes against Islamic State militants in Libya if asked, Foreign Minister Paolo Gentiloni said on Tuesday.

The two NATO allies had agreed in February that Italy would only allow the U.S. to conduct “defensive” strikes from there.

U.S. planes bombed Islamic State targets in Libya on Monday, at the request of the U.N.-backed government in Tripoli, to help push militants from their former stronghold of Sirte. U.S. officials said this was the start of a sustained campaign.

When asked on RAI state television whether the U.S. would be allowed to use the air base during the air campaign, Gentiloni said: “Should there be requests, we will consider them.”

So far Italy has not been asked, an Italian government source said. The government can approve use of the base in eastern Sicily without a parliamentary vote, the source said.

On Tuesday, Robin Mack, a spokeswoman for U.S. Africa Command, declined to give any details about the U.S. strikes or where they originated.

Sigonella is home to a U.S. Naval Air Station as well as a base for the Italian Air Force. It is sometimes used for logistical support for U.S. and other NATO forces.

“It’s a very positive fact that the Americans decided to intervene in Libya,” Gentiloni said on RAI TV. “Ninety percent of the migrants that arrive in Italy come from Libya and that is why we are so interested in the stabilisation of the country, beyond the terrorist threat.”

Italy is directly across the Mediterranean from Libya. The southern tip of Sicily is just 281 miles (452 km) from Tripoli. People smugglers there have sent most of the more than 400,000 migrants who have reached Italy by boat since the start of 2014. 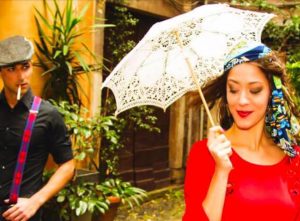 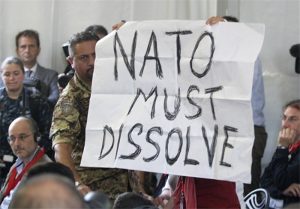