Italy will allow armed US drones to fly out of an American base in Sicily to launch attacks against the Islamic State in Libya and other countries in northern Africa where the extremist group poses a threat. The agreement comes after a year of negotiations between the US and Italy and amid growing concern that Isis is gaining strength in Libya. The Italian defense ministry confirmed the news, which was first reported on Monday by the Wall Street Journal. A US official told the Guardian that the US had been granted permission to fly armed drones out of the Sicilian base since January. The deal does not give the US free reign to use its base in Sicily without restrictions. The US will have to secure permission from the Italian government each time it wants to release an armed drone and the missions will have to be limited to defensive strikes to protect special forces engaged in anti-Isis missions. The drones are based at the Sigonella naval air station in Sicily, which is also a Nato and Italian air base. Italy’s prime minister, Matteo Renzi, has ruled out Italy’s direct participation in any operations against Libya. According to the WSJ, the Italian government “balked” at a request by the US for the Sicilian base to be used for “offensive operations”, such as the ones conducted last week against an alleged training camp near the town of Sabratha in Libya that targeted senior Isis militants. In talks, Italy reportedly said it did not want to ignite domestic opposition to such offensive strikes against Libya, particularly if the country could then be blamed for civilian deaths. Isis’s presence in Libya has become an increasing concern. US and British special forces have recently been deployed in Libya and surveillance has been conducted by US, British and French warplanes. Gunmen who were believed to have been trained in Libya carried out two major attacks in Tunisia last year: one on a Sousse resort hotel and another on a Tunis museum. More news Topics US military Drones (military) Italy Europe Islamic State Save for later Article saved Reuse this content Isis is believed by western allies to have built up a presence on the southern shores of the Mediterranean Sea amid the war between the Islamist-led administration in Tripoli and the elected government in Tobruk. The airstrike last week was the third by the US in Libya since June. The British defence secretary, Michael Fallon, confirmed the operation had made use of British bases. “I welcome this strike that has taken out a Daesh [Isis] training camp being used to train terrorists to carry out attacks,” he said. “I was satisfied that its destruction makes us all safer, and I personally authorised the US use of our bases.” The attack by the F-15 fighter-bombers is believed to have killed dozens, possibly including the operative who was responsible for the terror attacks in Tunisia last year, according to US officials. Two Serbian embassy staffers who had been held hostage since November also died in the US airstrikes. The pair were taken hostage in November after their diplomatic envoy came under fire near Sabratha. 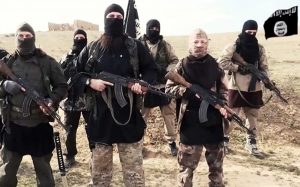 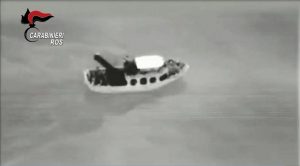 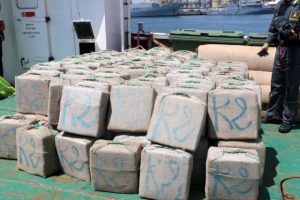 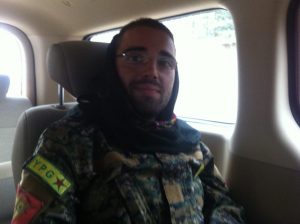