Sicilian authorities have removed a series of roadside billboards announcing a baptism celebration of a “Cosa Nostra” toddler after the mafia reference caused outrage in Italy.

The roadside billboards around Catania often feature personal announcements, including anniversary announcements or a spouse apologising for their infidelity.

But the “Cosa Nostra” poster for baby Antonio’s baptism celebrations hit a nerve among Italians still smarting after the Hollywood-style funeral last month in Rome of an alleged mafia boss, complete with a gilded horse-drawn carriage and theme music from The Godfather.

Cosa Nostra (“Our Thing”) is another name for the Sicilian mafia. Investigators have alleged that Antonio’s father may have links to the organisation.

“Cosa Nostra, like all the mafia, lives off of symbols and sends strong messages of control over its territory, not just with threats of intimidation but mostly with ostentation of power and social consensus,” said Rosy Bindi, president of Italy’s anti-mafia commission.

The posters showed baby Antonio dressed in jeans and a driving cap with the message: “This marvellous creature is … Cosa Nostra!”

The baptism celebration, which was due to take place yesterday [Sun], was going to be covered live by a local radio station and feature several popular Italian entertainers, the posters said.

The family’s lawyer, Enzo Iofrida, told La Stampa newspaper that they did not intend to show a “lack of respect for the church or institutions”, and simply wanted to celebrate a lavish event.

In 2008, they took out a similar billboard campaign for their first son’s baptism, who was shown dressed as a little devil with tiny angels all around and the message “born to be different”. 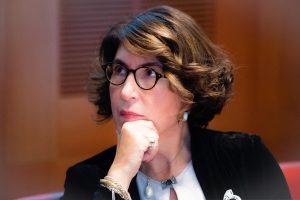 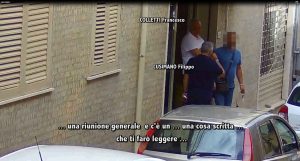